Regardless of industry or activity, personal protective equipment (PPE) has long been considered the last line of defence for workers. In no field is this more prevalent than for those working with electrical equipment, where the potential threat from incidents involving Arc Flash – one of the most serious electrical hazards that can occur in the workplace, can pose situations ranging from a “near miss” to a life changing injury or fatality.

The Health and Safety at Work Act 1974 is the primary piece of legislation covering occupational health and safety in the United Kingdom. Often referred to as the HSW Act it sets out the standards and approved codes of practice for employers, workers and anyone looking to understand safe working practices. Incorporated within the Act are a series of British, European, and International electrical standards and approved codes of practice.

Whilst not officially representative of the HSW Act, the Institution of Engineering and Technology (IET), formed in 2006 by the joining together of the Institution of Electrical Engineers (IEE) and Institution of Incorporated Engineers (IIE), studies best practice and uses this to influence global engineering technology. In their Health and Safety Briefing No 51c on Arc Flash Protection they refer to the National Fire Protection Agency (NFPA)’s standard for electrical workplace safety, the NFPA 70E. This standard has been widely adopted throughout North and South America for Arc Flash PPE determination and has become an internationally recognised industry practice for protecting employees from the occurrence of Arc Flash accidents.

Arc Flash, often known as a flashover, occurs where an electrical current leaves its intended path and travels through the air, either from one conductor to another or to the ground. It involves an explosive release of energy as the current passes through ionised air, potentially reaching temperatures as high as 20,000 degrees C. The flash can result from accidental contact with the electrical system, equipment failure, loose connections, the build-up of conductive dusts, corrosion, dropped tools or improper working procedures and cause anything from minor injuries to third degree burns or potential death. Other injuries include blindness, hearing loss (sound waves can reach 140 decibels), nerve damage and heart attack. Fatal burns can occur when the victim is within several feet of the arc with serious burns common at a distance of three metres and over.

Many believe that Arc Flash only occurs at high voltage but there is evidence to suggest low voltage may be an even higher risk. Studies have shown that hazard severity is on average higher at low voltage than high.

A complete shutdown of all electrical equipment within the workplace would always therefore be the preferred option when performing any maintenance work however in many instances it is just not a feasible proposition. According to the NFPA 70E, if you are working on any ‘live’ equipment that operates at 50 volts or more you must perform an Arc Flash incident energy analysis. This will identify the maximum duration of any potential arc, the incident energy level from a potential flash and the flash protection boundary within which PPE will be required. As part of the NFPA 70E hierarchy of controls, you must then ‘equip workers with clothing and equipment designed to reduce risk and limit the severity of injuries.’

The 2018 edition of NFPA 70E changed the way hazard measurement was completed and PPE selected. It removed the concept of hazard versus risk categories replacing them instead with four standard PPE categories based on incident energy analysis. Each category now includes the minimum Arc Rating value for the required PPE, representing the amount of incident energy (in cal/cm squared) on a material or multi-layered system of materials that results in a 50% probability to cause the onset of a second-degree skin burn injury.

Clad Safety has a wealth of technical knowledge and is able to pass this on to its customers. As a business, it works hard to stay educated and informed on changes within the industry and keep abreast of new and innovative products that come into the marketplace. All branding is done in house ensuring the highest level of attention to detail and is constantly looking at new ways to improve our product and service offering. 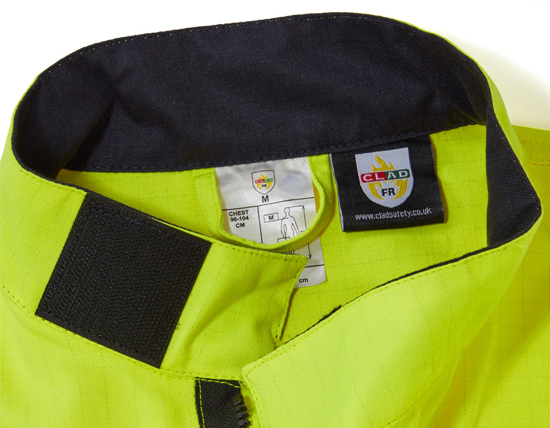 An excellent example of the company’s dedication to innovation can be seen in the supply of its meticulous selection of protective clothing. In particular the Clad Safety Arc Flash High Visibility range which has been created with the needs of workers in mind. The clothing provides greater comfort, functionality, and safety for a wide range of work requirements. Coveralls offer Arc Flash protection, are flame resistant, anti-static, feature the ATPV and CAL rating on the leg and come with 50mmm FR heat reflective tape. A stand-up collar with Velcro closure offers maximum neck protection whilst easy-stretch side panels, an elasticated waistband and knee pad pockets provide the wearer with maximum comfort. On a practical level, gas monitor loops, Velcro secured cuff tabs and multiple pockets with flaps and Velcro closures are welcome additions.

The FR Arc Anti-Static Cargo Trousers have a unique dual hem allowing the trousers to be lengthened by 2” while the stretch panel at the rear and adjustable waist provide additional comfort and flexibility. The side access pockets protect from debris entry and feature a reinforced crotch for improved longevity while the extra wide belt loops to prevent the wearer’s belt from riding up.

For those workers on or near trackside, the CS Arc Flash Long Sleeved Polo Shirt offers a unique Protal®3 patented blend of inherent FR fabric for a natural, soft feel and comfortable fit. It is UK manufactured with a two-tone yellow and navy design with heat applied chevron tape. Knitted collar and cuffs ensures the polo shirt is both smart and an excellent fit for all wearers while remaining high visibility and electric arc compliant. 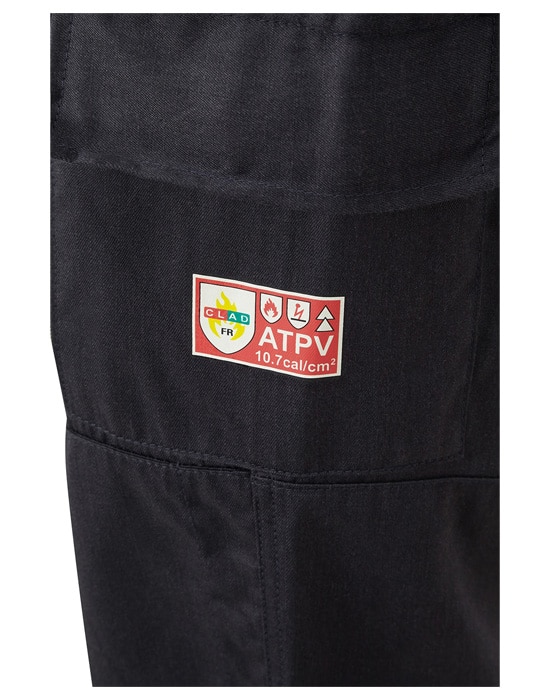 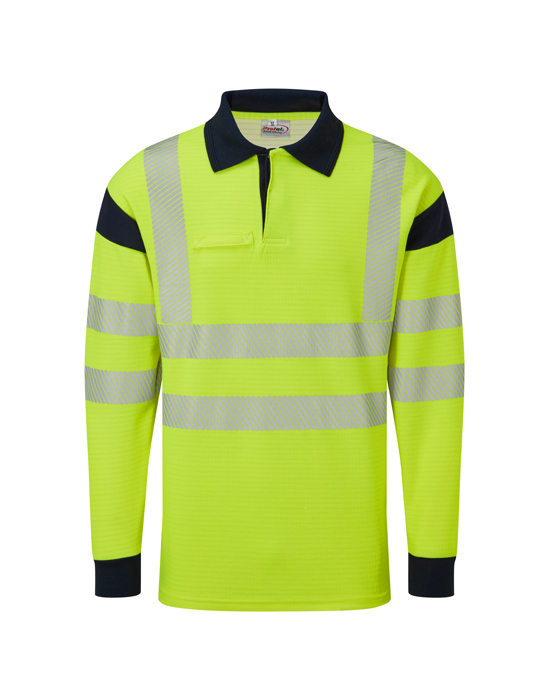 Layering certified garments under Arc Flash rated products will also offer increased protection beyond the sums of their individual protective values. This is largely due to the air in between layers adding extra insulation and helping to eliminate the risk of ignition. Ideal for wearing underneath our Arc Flash polo shirts, sweatshirts, and coveralls the ProGARM™ flame resistant base layers of tops and leggings are machine washable, elasticated, and super soft, bringing additional comfort and warmth for those cooler days. It should be noted that wearing non-flame-resistant garments could lead to serious life-threatening injuries due to their propensity to melt under flash conditions.

For hand, head, and face protection we offer a range of gloves, balaclavas, flash helmets and visors. Gloves offer protection against Arc Flash burns and cuts (level D cut resistant) and are manufactured with aramid yarn to allow for increased dexterity and hand movement. Gloves are coated with neoprene or neoprene and natural rubber for additional comfort, grip, and flexibility. For those working outdoors the Arc Flash Glove model is 100% waterproof and windproof and is lined with Kevlar to keep hands dry and warm. Head protection comes in the form of the ProGARM™ Safety Helmet, manufactured using modified high impact polyimide to protect against falling objects, electric shock, current flow through the head and Arc Flash molten splashes.

Clad Safety has been operating for over 30 years and we take pride in the excellent service that we offer to our customers. To find out more on how Clad Safety can support your PPE needs please contact us on 0800 161 3661. 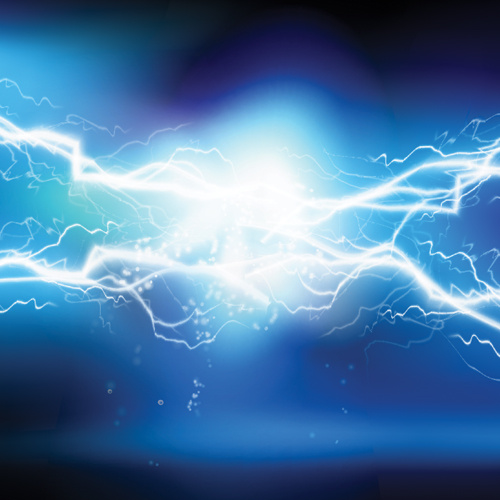 What is an Arc Flash? 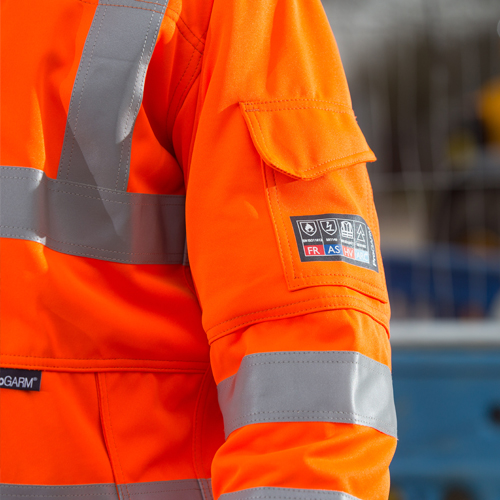 11 Things You Need to Know About Arc Flash Clothing 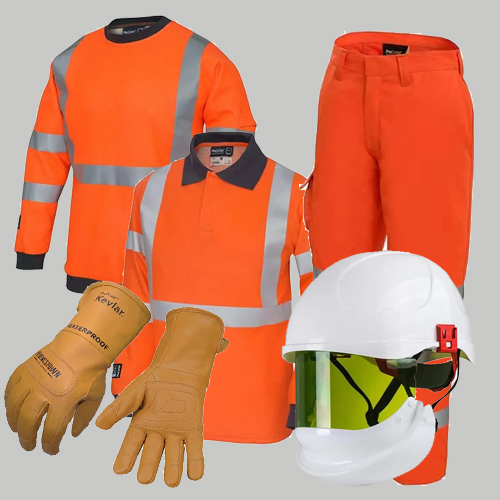